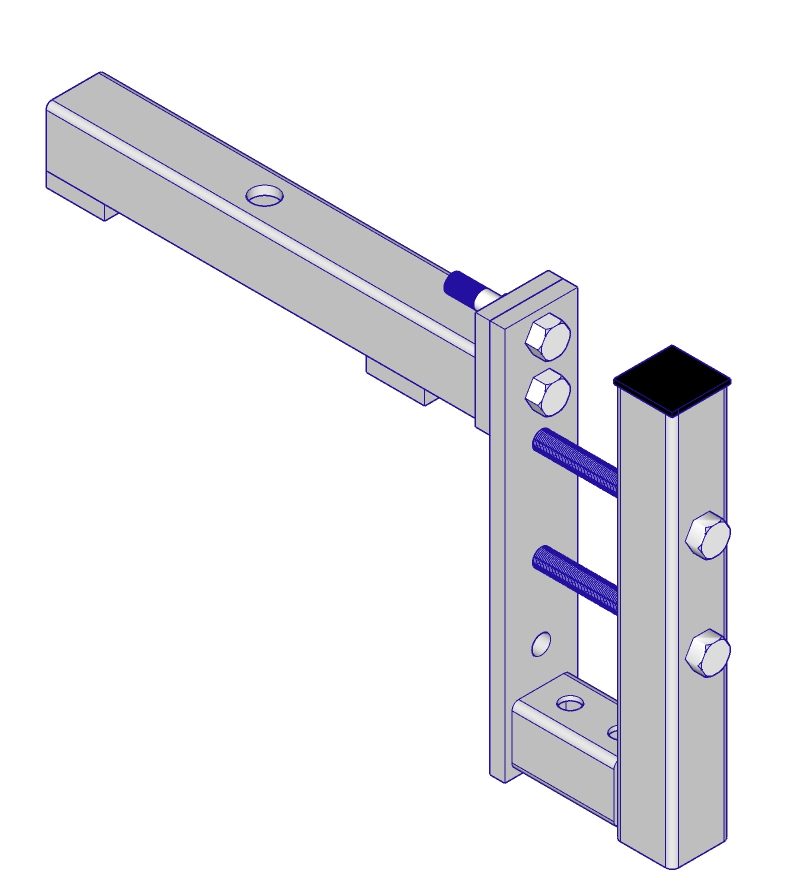 This type of fastening can be used both when mounting the Material Catch Fan on the edge of the ceiling or on the facade.

When using the Slab Fix as a ceiling attachment, it is either supported with the ground support extension (Item No. 5050001) against the facade of the building or in combination with the Kneebrace (Item No. 5050002) anchored over the open concrete edge of the ceiling.